By RACHEL KONRAD, AP Technology Writer Wed Feb 21, 2:28 PM ET SAN FRANCISCO. The Space Sciences Laboratory at the University of California, Berkeley, has signed up more than 1 million volunteers worldwide in a search for extraterrestrial intelligence. They’ve found no aliens yet, but they have at least turned up one missing laptop.

ADVERTISEMENT The Berkeley effort, better known as SETI(at)home, uses volunteers‘ computers when they go into screen-saver mode to crunch data from the Arecibo radio observatory in Puerto Rico. The computers are trying to spot signals in the radio noise from space.

One volunteer, James Melin, a software programmer for a county government agency in Minnesota, runs SETI(at)home on his seven home computers, which periodically check in with University of California servers. Whenever that happens, the servers record the remote computer’s Internet Protocol address and file it in a database that people running the SETI software can view.

One of the computers on which Melin installed SETI(at)home is his wife’s laptop, which was stolen from the couple’s Minneapolis home Jan. 1. Annoyed — and alarmed that someone could delete the screenplays and novels that his wife, Melinda Kimberly, was writing — Melin monitored the SETI(at)home database to see if the stolen laptop would „talk“ to the Berkeley servers. Indeed, the laptop checked in three times within a week, and Melin sent the IP addresses to the Minneapolis Police Department. After a subpoena to a local Internet provider, police determined the real-world address where the stolen laptop was logging on. Within days, officers seized the computer and returned it.

No one had been arrested as of Wednesday and the case remains under investigation, said Lt. Amelia Huffman of the Minneapolis Police Department. Kimberly’s writings were safe, and the thieves didn’t appear to have broken into her e-mail or other personal folders. But the returned computer contained 20 tracks of rap music with unintelligible lyrics, possibly from the person who stole the computer or bought it on the underground. „It’s really, really horrid rap,“ Melin said. „It makes Ludacris look like Pavarotti.“ Kimberly was more enamored with Melin’s detective work. „I always knew that a geek would make a great husband,“ she said. „He always backed up all my data, but this topped it all. It became like `Mission: Impossible‘ for him, looking for hard evidence for the cops to use. … He’s a genius — my hero.“ 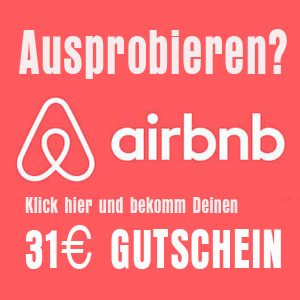